The history of thunder eggs or thundereggs or t-eggs or TEs begins with lava flow. We think. The formation of these natural curiosities is still a mystery. However, there is a leading theory. Of course, it will probably never be proven unless we can build a time machine and go back 60 million years to Earth's early volcanic life.

Let's look at what they are first. 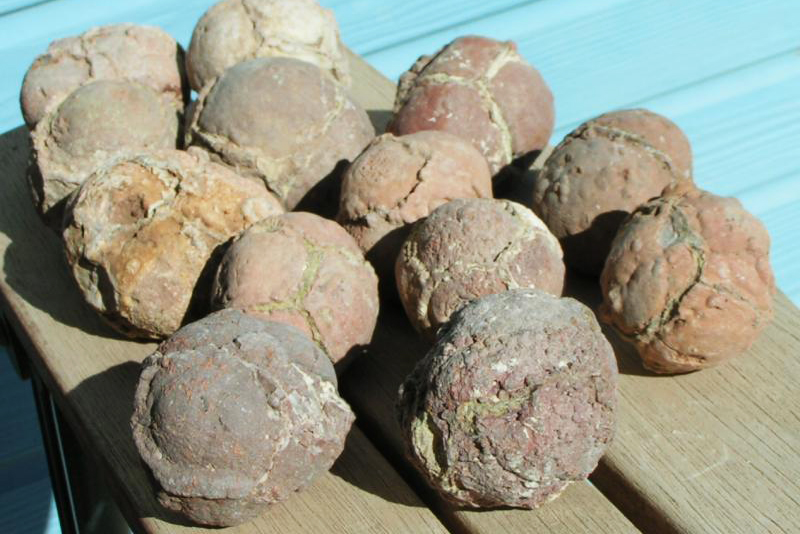 Thunder eggs look like hard mud balls and be as small as a quarter or many feet across reaching magnificent weights. They are found buried in "beds" all over the world. However, Oregon, USA is the most recognized producer of the more coveted and collected varieties- those being the nodules with an interior containing: opal; moss, tube, plume and waterline agate and jasper. They are so plentiful in the Central Oregon desert that they were named the state rock.

Rockhounds love to dig for and collect thunder eggs. They liken it to panning for gold or a treasure hunt because out of the many dozens will you find only one will be a special one. Colorful plume agate interiors are probably the most sought after. It is said that they are found in only 1 out of 100 TE.

Thunder eggs can only be found in ancient lava beds. Rhyolite is a product of lava. The exterior of thunder eggs is rhyolite. The theory, alluded to previously, is that as the lava flowed, gas bubbles formed. As the lava cooled these voids began to fill with water leaving the minerals in the water to line the hollow spaces. The type of interior of a TE will depend on the minerals in the area where it is found. It will also depend on the movement of the rock over the millenia. The history of a rhyolite nodule, TE, can best be seen in a waterline TE. 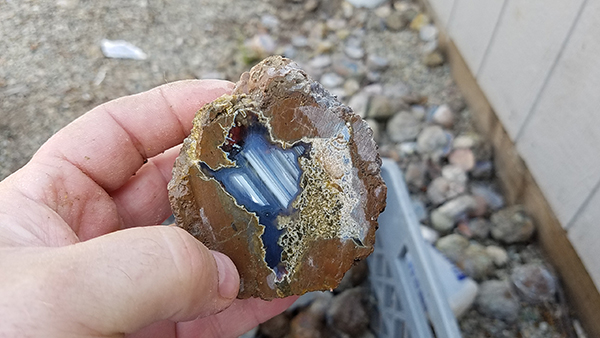 The white lines are from the minerals in water deposited over different time intervals. Photo courtesy of Tommy Lay

Although thunder eggs are often cut into thin slices called slabs and polished up for a collection proudly displayed on a shelf, they are often cut into cabochons, as well. The best of these cabs contain the treasuried inside, but they also preserve some of the exterior rhyolite. A knowledgable person can usually tell the original location of a TE by the rhyolite and by the type of interior. 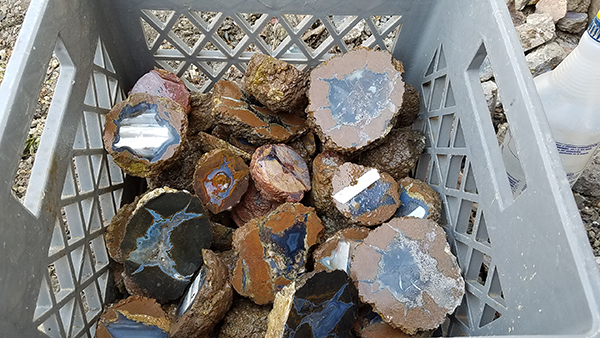 Thunder eggs from a variety of locations. 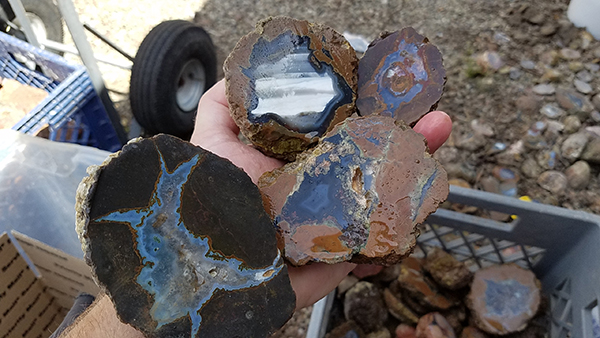 Closer view of a handful. Photos courtesy of Tommy Lay.

Thunder eggs are called by their location names when known. There are Lucky Strike thunder eggs, Richardson's Ranch (formerly Priday Ranch), McDermitt, and Cold Mountain (Mexico) to name a few. 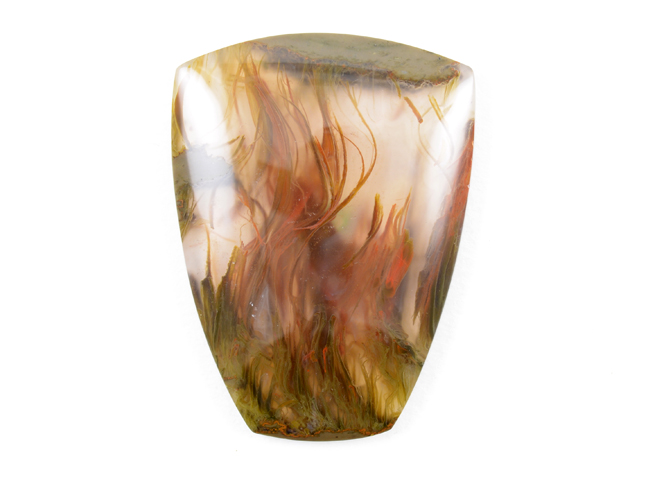 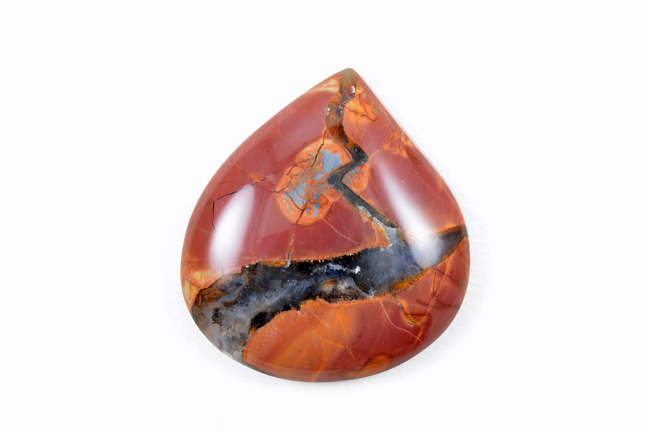 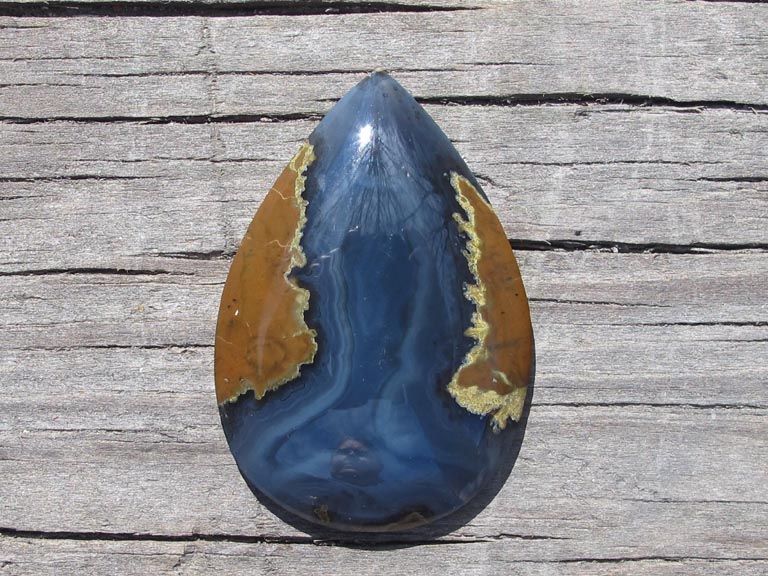 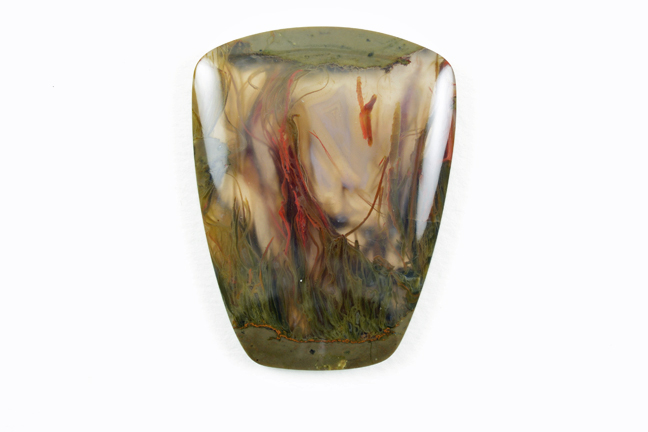 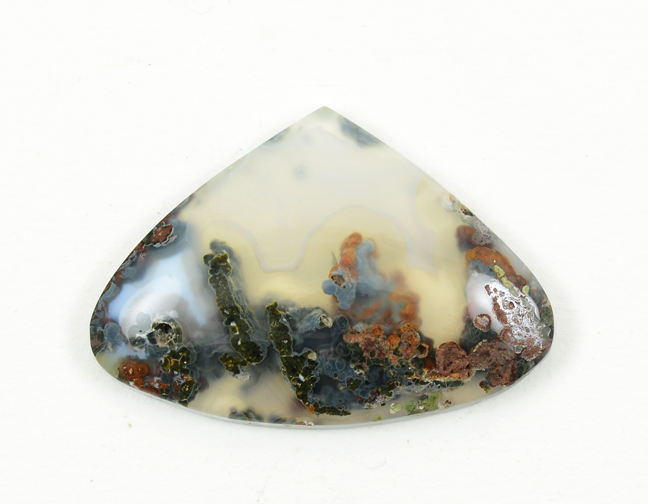 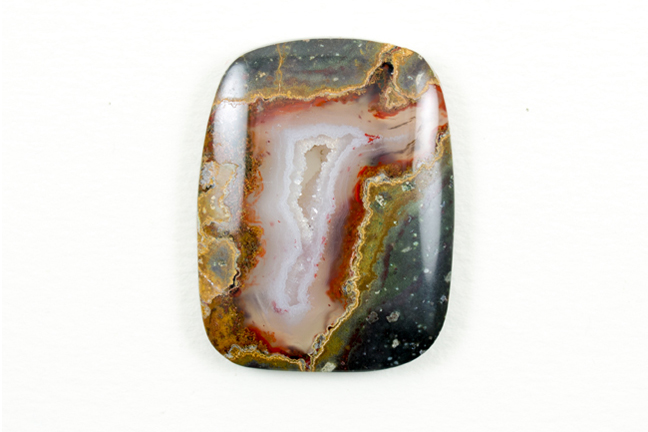 Thunder eggs come in a vast variety of patterns and colors. A quick google image search will demonstrate that. They are more than up to the job of becoming jewelry. 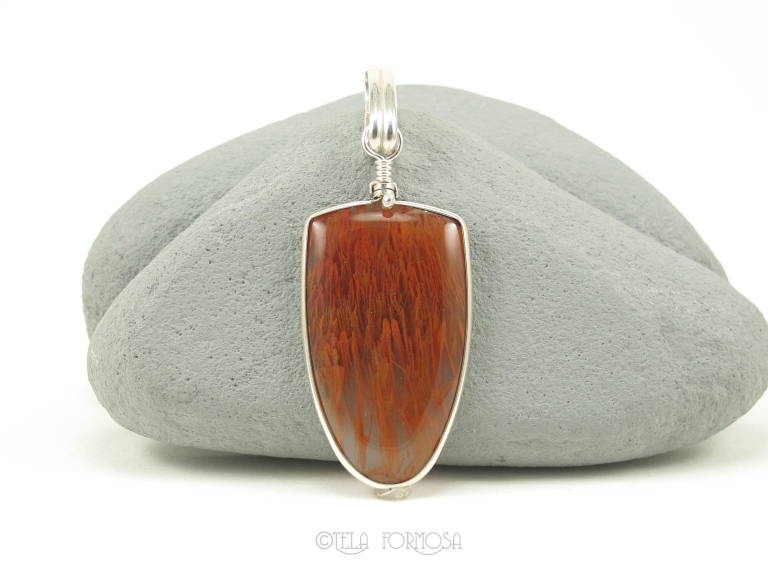 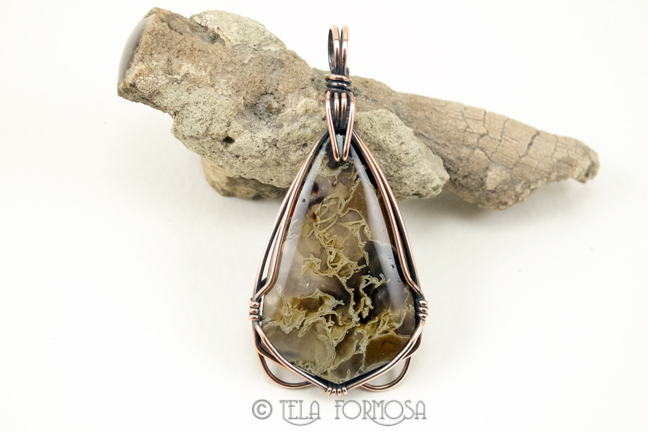 Thunder eggs are collected and revered for many reasons. Rockhounds are fascinated by their history and how they are formed. The rarity of the gem grade agates contained within make them collectibale and sometimes extremely valuable. They make beautiful shelf specimens and wonderful, unique jewelry.

I would be remiss if I didn't mention how thundereggs got their unusual name. I had always thought that since dinosaurs were often called thunder lizards that the name came from that- dinosaur egg. That makes sense to me. But, according to wiki "Native American legend reportedly considers the rocks to be the eggs of the thunderbirds which occupied Mount Hood and Mount Jefferson (Oregon). Thunder Spirits on the mountains hurled the "eggs" at each other." I like that, too. 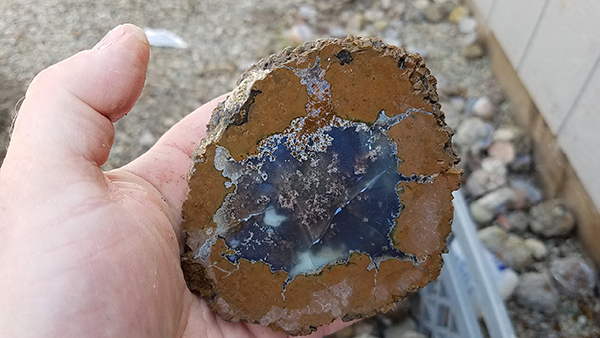 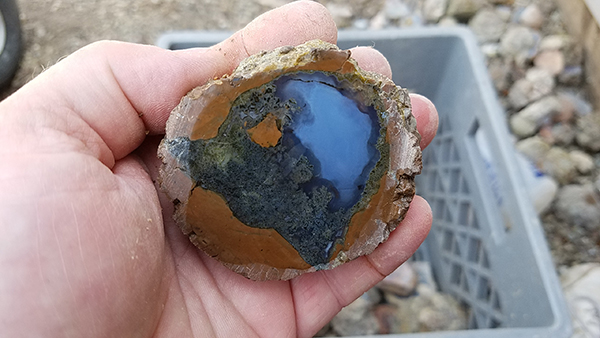 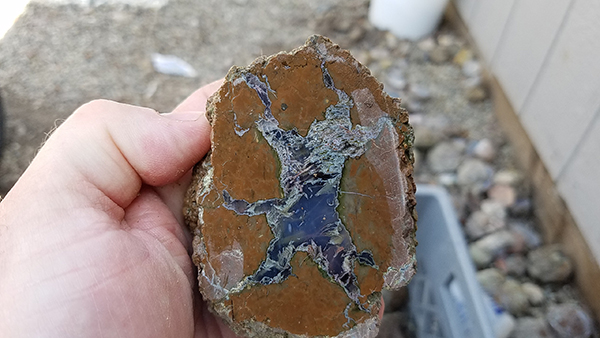 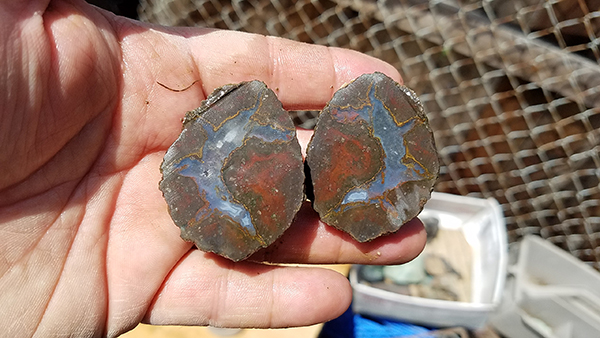 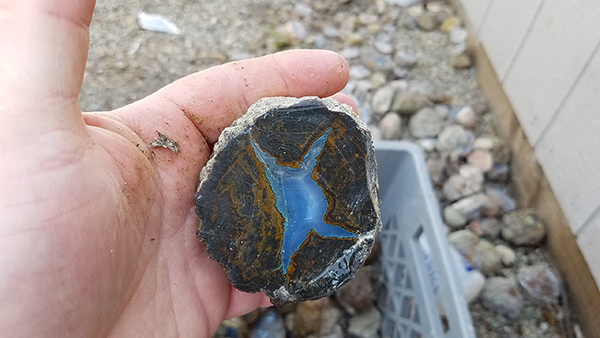