Last Sunday, 11-12-17, we heard a baby kitten crying in the yard. We have a cat named Cat. He loves other cats. He's just friendly like that. He attracts the other cats from the neighborhood. Often times we hear him outside on the picnic table calling to his people. So, it wasn't unusual to hear another cat in the yard. This was a baby, though. It cried for hours and hours. My granddaughter's bedroom window was close to where it was. She said she heard it all night. That was the night that it was abut 30 degrees! So, I made the executive decision to bring it in and warm it up since it was obvious that mama cat was nowhere to be found. 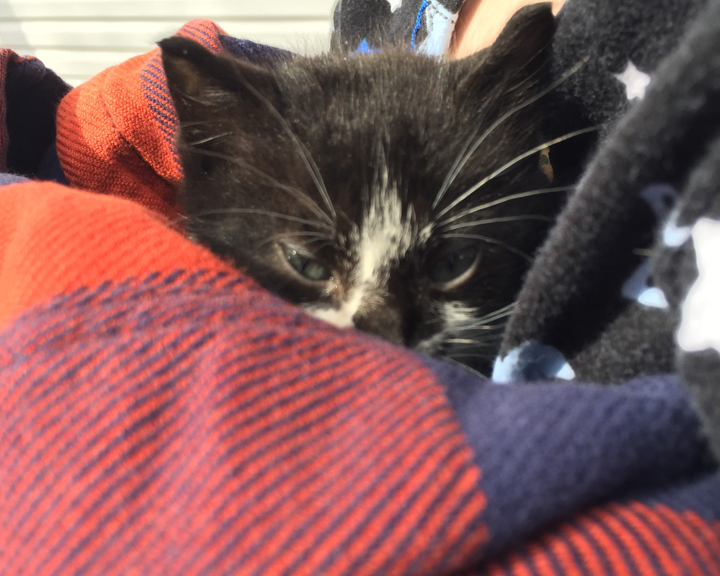 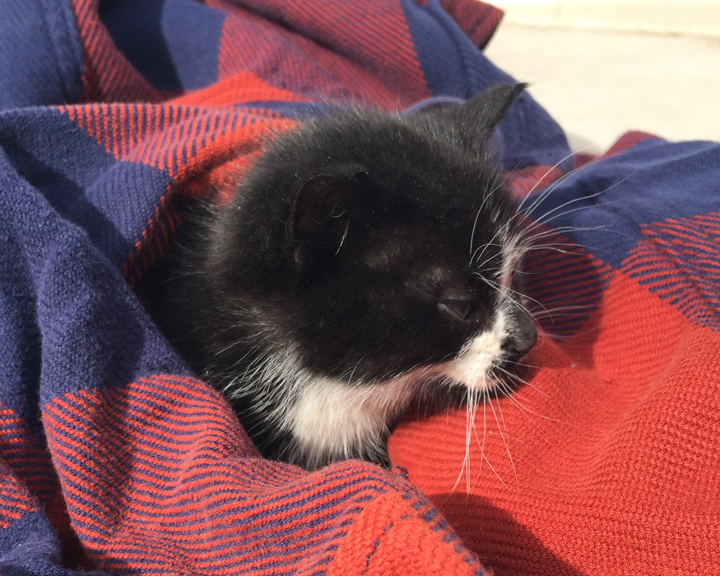 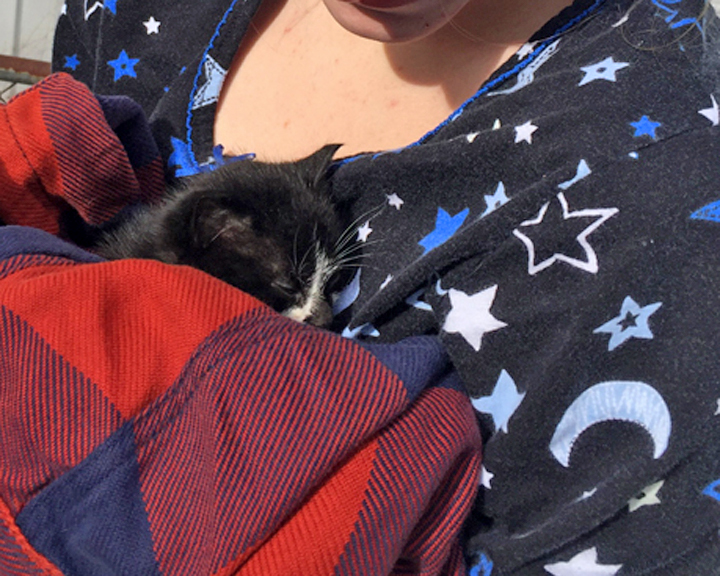 The kitten was filthy, cold, flea bitten and very hungry. After finding and catching it, which wasn't hard since it wasn't afraid of us, my first thought was to call my brother in law and sister in law who are cat rescuers. They live in a rural area and catch, spay/neuter, release the feral cats. They have raised 2 litters now, too. Just how old was this little fur baby? It's eyes were alert, the ears were almost all the way up and she was a little unsteady walking. We put it between three and four weeks. I really doubt it would have made it the whole day, certainly not another night. It was very weak and hungry.

My brother and sister in law made the trek down here to see the kitten and help out with supplies. (That's my BIL in the cover picture for this post. Can you tell he loves kittens?) My grandaughter gave it a unisex name- Bailey. We are pretty sure she is female, though. My BIL checked her over and gave her a nice warm bath to get the fleas off her- who knew Dawn dish soap was good for getting rid of fleas? We tried her with some canned kitten food mixed into a slurry with water. She gobbled some down with no trouble. So, we didn't need to bottle feed. We do, however, now add some kitten milk to her food as she is having a hard time putting on weight. 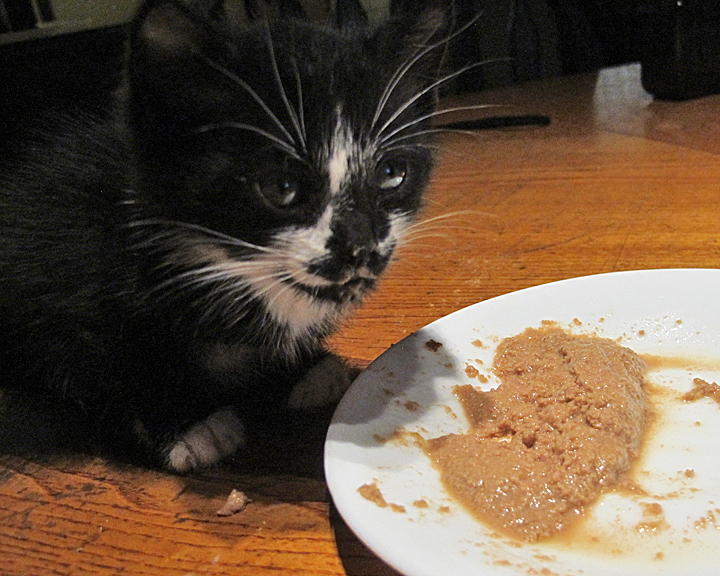 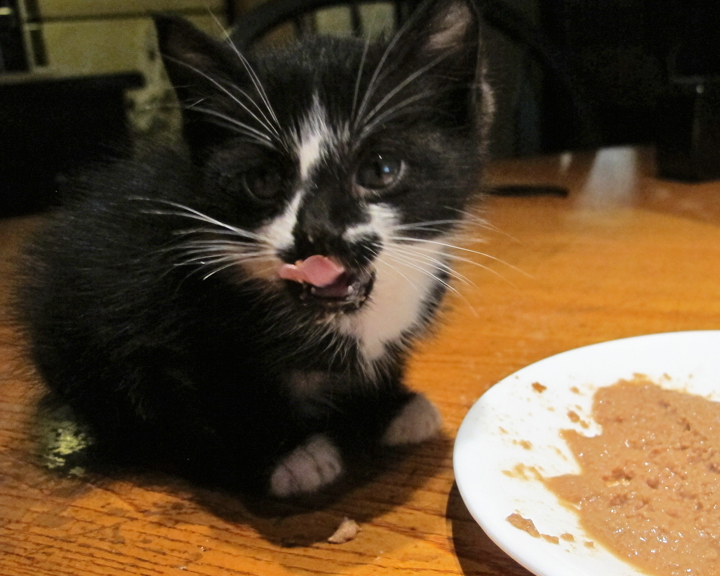 She has really taken to people! She wants to be with us and get her cuddles all the time that she is not sleeping- and eating, of course. She has her own cage with a heating pad underneath and a little tin for a litter box-- which she has learned to use.

Everyone in the family has paid a visit and met our newest member. My daughters even managed a picture together with Bailey. A rarity. 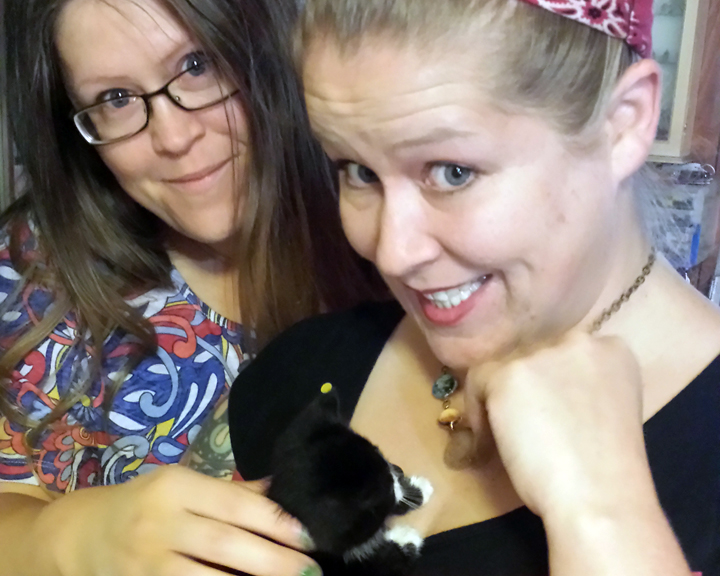 I love this kitty to death. But, I must admit that I thought she had a face only a mother could love. But, I have grown quite fond of her asymmetrically patterned face. I think it's the tiny little underbite that makes her so cute. 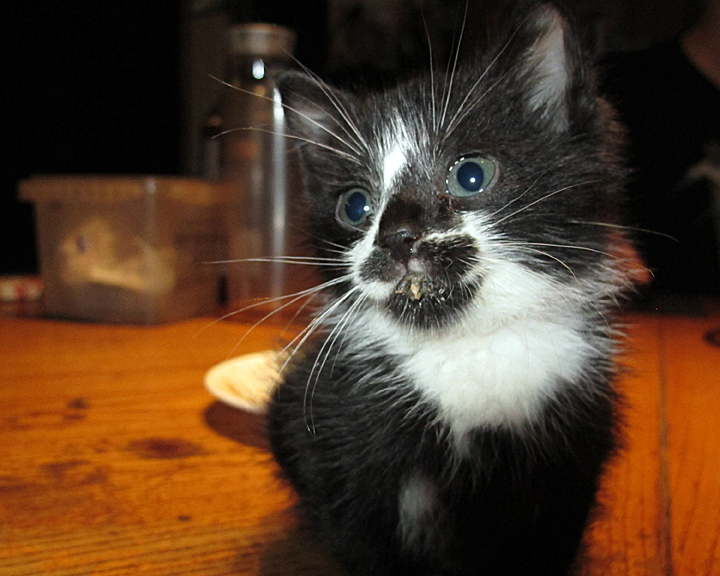 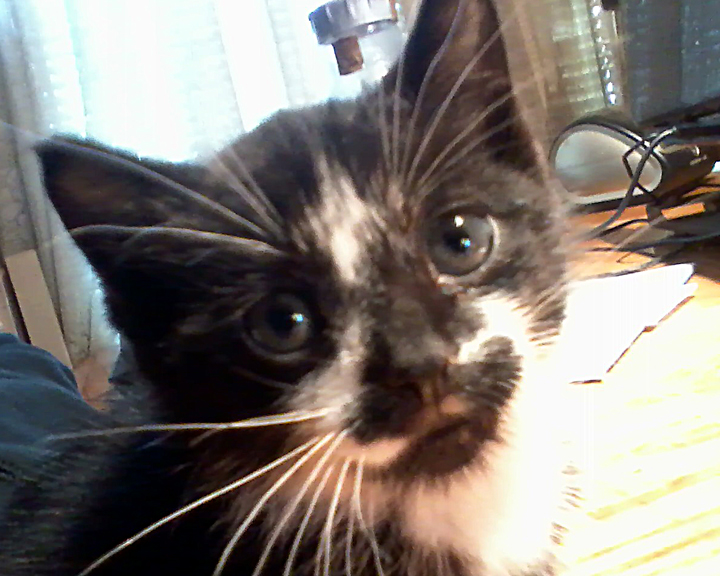 Cat has been getting extra attention and treats. He's eating it up. He doesn't seem to mind Bailey, at all. In fact, I think they will grow to be good buddies.

Bailey eats every few hours and is not putting on weight as she should. She is very easily distracted. But, she is perfectly healthy, curious and playful. I'm thinking of Bailey as an early Christmas gift- even if we do have to get up at all hours for feeding times.